How Can Entertainment Industry Take Benefits From Social Media 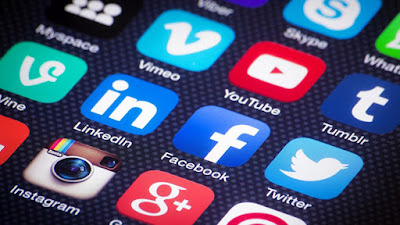 Publicity - A Basic Objective: Every movies and video need publicity before launch as it needs the recognition among the public. By the help of social networking sites marketers can publish images, trailers and videos for free. People can talk about any new film or song on these sites and apps which become the word of mouth for the movie or song. This helps in gathering more consumers in cinemas. Most hits are possible on due to social web industry. Trailers can be added on different tools like YouTube or daily motion for free in order to show people the basic goal of the film.

Celebrities Interacting With The Fans: Twitter is used by almost every big celebrity. It is the ultimate source of interacting with the fans without any journalist or expensive means. Celebrities share their personal experiences with their fans anywhere anytime. Some big celebrities hired staff to interact on social networking sites all the time. The main duty of these people is to update every detail about the celebrity on social networking sites all the time. Most singers are highly active on twitter and other site all the time. They interact with their co singers or actors and with their fans. General public finds it really helpful when they want check all the happenings of their favorite singer or actor.

Social networking also became a reason of recognition and success for most of the people. It gives break to many talented people. Strugglers upload their photos and videos on online tools which allow them to show their talent to public.

Social Networking Official Pages: In social networking websites such as facebook, twitter and MySpace movie makers form an official pages for the movie. In this page they upload behind the curtain scenes, gossips and different happening news about the film stars and other co makers. These official pages are generally developed for the series like The Big Bang Theory, How I Met Your mother, grey’s anatomy and gossip girl. These pages are a way of promoting the stars and series in a healthy way.

Social media has changed life styles and proved to be beneficial to the world in different unique ways. Entertainment industry is also getting all possible advantages from web industry and it will keep on developing.