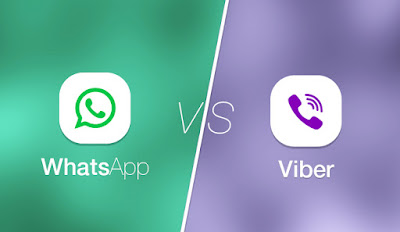 Ever since the android technology has been launched and smartphones have made their way to the world, the fight between Viber and WhatsApp is on. Even though both these applications might not be fighting among themselves, yet the people using them are always talking about these two applications and are arguing about the superiority of one application over another as its use has been increase over different service provider companies like The Academic Papers. While some are of the belief that Viber is better, others are in favor of WhatsApp and belief it to be the best means of staying connected with their friends and family.

It would not be wrong to say that messaging is rule the world of technology for almost a decade now and seeing the growth of this industry, it can be rightly said that it does not seem to be coming to an end anytime soon. With the launch of Viber, WhatsApp and numerous other apps, people have now better and newer means to send text messages, share photos and files with people located in different parts of the world via these text messaging apps.

Both Viber and WhatsApp allow users to send text, images and videos and it has been reported that WhatsApp has a monthly active user base of 800 million, whereas Viber has a user base of 500 million. Both the apps have almost the same features but the voice calling feature of Viber is more popular for its excellent voice quality. On the other hand, WhatsApp voice calling feature is only available for Android users and the developers are working on it to fix the problems this app is facing.

When we talk about WhatsApp, it is important to know that users can only add maximum 30 members in a group chat whereas Viber allows a group chat with 39 members at a time. However, both these apps offer some great emojis that can be used to express their feelings and emotions very aptly. WhatsApp is very popular for its lightweight, simple user interface and fast service and the user interface is still the same and simple even after the app introduced the voice calling option. There are only three tabs, one for call, one for chat and the last one for contacts which makes it really easy to understand and use.

However, Viber has several value added services along with voice calling and messaging and thus, its user interface has a sophisticated look. The range of emojis as well as stickers is really huge and the users can also buy emojis and stickers if they want to.

There are no ads to disturb the users while they are using the app in WhatsApp but users are often bugged by adds in Viber. Viber can be used on all platforms including Android, Windows, iOS, Blackberry and even desktop computers but WhatsApp supports only some major mobile platforms such as Android and Windows which somehow limits its user experience. On the whole, both these apps are just great and offer users a chance to connect with people all over the world with just a few swipes.

When it comes to using Whatsapp or Viber the first thing which comes in mind that both apps should be bugs free so it can user friendly and in order to use it for Android You must consult with Android App Development Company to make this bugs and virus free.