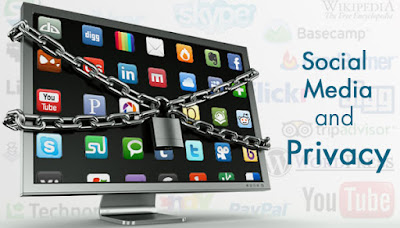 Social media nowadays has expanded its horizon in various fields of life. In fact for most of the world’s population it is becoming life. You wake up in the morning and the first thing you want to know is what is going on in your social networking groups. Are there new headlines? Who is having what in breakfast?

Any plans for the day? Thus one is always up to communicating and interacting with groups of people the like being with. Throughout the day time and night, there are moments when you wake up in the middle of the night just to know what were the comments on the picture you uploaded in the evening..!! Or even to find out how was your friend’s party last night? Or even at times what’s up with other people?

When it comes to social media, the names that come in our minds immediately are Facebook, Twitter, Whatsapp and many more. We all are so much into these networking sites that we have forgotten how real world works. We even share our most intimate secrets of life with others using social media. There are many concerns that come into mind when you look at the other side of social network. Is the network you are using is secure? All the social networking sites take care of privacy factor. They make sure that there should be no security breaches. With their programming and database, it saves and hides information of one person from another until and unless we opt to share it with others. However, there are some social networking forums where people can view others personal information without any hurdle or hesitation.

Although the sites make sure that the privacy of their clients comes and is a key factor in their relationship. Many mobile spy and desktop spy software have been introduced in the market. The word spy itself brings you a feeling of insecurity. At the same time in some cases breaching privacy of others can be fruitful too. Like in the case of a teenager, they share their daily routine, feelings, secrets and activities on social networking sites and forums. Spy can help parents to keep an eye on their kids so they might not end into trouble. In the case if you install spy in your own cell phone, it helps you to track it down if it gets stolen.

In my opinion social networking sites should be used only for sharing information up to a specific level. It is understandable that people feel and tend to share more than they actually want to. Social media has become a part of daily routine of everyone’s life. Young or old everyone seems to be addicted to the concept of sharing information on public platform. Social media gives us an opportunity to explore new horizon of technology and information. It is up to us how we use it. Social media is a good source of getting information without having much concern of security breaches.