Archos 50 Oxygen Plus - Can It Defeat Other Smartphones 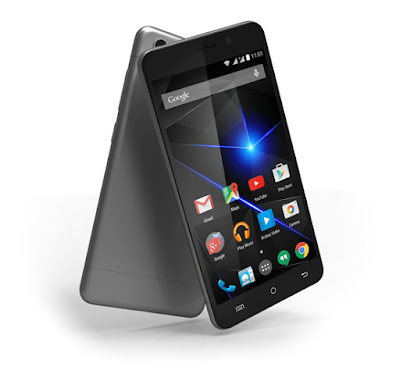 Archos is a less known brand when it comes to smartphones. However, this small French mobile manufacturer produces a formidable line up of affordable smartphones for the low to mid-market segments. Archos 50 Oxygen Plus is definitely a good choice for everyone who wants to buy a good phone. This device is also very popular among the writers of the assignment, dissertation and Phd dissertation writing service providers who work professionally and help students.

One of their recent launches is the Archos 50 Oxygen Plus. It was announced in the premier MWC 2015. It is a decent smartphone that is under $200.Some other models announced at the same time by Archos were Archos 55 Helium 4G and Archos 101 Helium 4G. It has all the necessary bells and whistles for everyday smartphone use. The Archos 50 Oxygen Plus comes with 1.4 GHz Octa-core processor, 1GB RAM, built-in 16GB storage, has a 5 inch HD (1280 x 720) display resolution, very light weight and slim design, has a reasonable 8MP rear and 5MP front camera and a host of connectivity options including 4G LTE.

At 1280 x 720 display resolution, the screen looks very bright and text is very clear especially at this price point. The ARCHOS 50 Oxygen Plus provides the flexibility of having dual SIM card slots so two provider networks can be managed at the same time. This feature is good for multi-tasking and frequent travellers. Also, the storage can be expanded up to 64 GB by installing a Micro SD card in the slot provided. Although it has a plastic body but the built is solid and very closely resembles iPhone 6. However, the finish is no way near the quality of iPhone 6. On one hand the plastic body of the 50 Oxygen Plus does give it a feeling of a less expensive device, but on the other it is light weight and easy to carry for an extended period of time without having a shoulder pain.

Some of the design features that are like iPhone 6 are, rounded corners, curved edges, camera placement and lines on the rear of the phone. Connectors at the bottom of the phone also resemble the iPhone 6. Even with the Octa-core processor, some applications take a few more seconds to open compared to other phones. Same goes for the camera speed. The shutter seems a bit slow and pictures are not as sharp as expected from an 8 MP camera. The camera can also record 1080p videos.

The 50 Oxygen Plus phone has a non-removable 2000 mAh Li-ion battery. The original Archos 50 Oxygen Plus provided only 3G and ran Android Kit Kat. However, the newer version came with 4G and Android Lollipop OS with a slightly faster CPU. Some Android fans like this feature that Archos has kept the base built of Google’s OS, without doing too much customization. In summary, it is challenging for Archos 50 Oxygen Plus to stand out among the big names, but at this price range it can provide tough competition to other similar smartphones.