History of Cyber War between USA and Russia 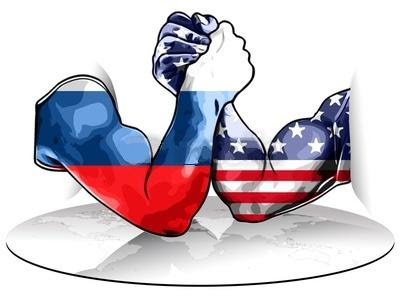 Relations between USA and Russia have been very tense since ages even without any shot or any gun being fired. However, it is a totally different story when it comes to online relationships and the cyber war between the two countries seems to be growing with every passing day. In the digital world, the USA and Russia are big adversaries who are fighting for dominance with each other. Some of the largest US threats are buzzing through Russian computer systems as well as cyber war between USA and China operated by droves of highly skilled hackers.

Cyber war has become the 21st century’s most preferred form of international theft and hackers are there to hunt any intellectual property that is worthy money. Hackers are quick to infiltrate information ranging from biomedical to energy, finance to software, IT to defense, and aerospace industry information that can help them get access to secrets of what others are doing and how and what they can do about it. Russia has denied any allegations of cyber espionage and, in the wake of disclosures about the activities of the National Security Agency by the former contractor Edward Snowden, accused the US of hypocrisy. On the other hand, the USA government continues to blame the Russian government for repeated hacking attempts on its security and sensitive data.

The US government calls cyber warfare as the part of American military strategy of proactive cyber defense and the use of cyber warfare as a platform for attack. The new US military strategy makes sure that cyber attacks are just a traditional act of war, which is as important as any other form necessary to maintain the sovereignty and independence of the US government and its nation. On the other hand, cyber warfare in Russia includes allegations of denial or service attacks, hacker’s attacks and other related problems that go a long way to protect the Russia government’s secrets and getting to know what others governments are doing, despite their repeated denial of all these actions.

With some of case study help documents we can see that history of cyber war between USA and Russia also goes back a long way and both the superpowers are trying their best to penetrate the high security shield which protects their sensitive and important information and enables them to see what the other superpower is doing to protect its interests and work most intelligent to enjoy better future. While the USS military agency is there to keep an eye on what the other nations are doing, on the other hand, the Russia KGB keeps its eyes and ears open for anything new that is taking place on the international radar and what other way to get to the heart of things and explore secrets than hacking the information and having a firsthand knowledge of it.

Many officials working for the USA government as well as the Russian government have admitted to using cyber war against each other and use attack on computer systems to seek revenge. Since ages, they have been trying to beat each other at their own game and hack the most secret information for their superiority.