History of Cyber War between USA and China 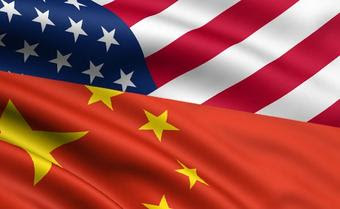 Governments have always maintained their secrets and along with this, they have also tried to spy and see what other governments are doing and how it can affect them. However, the dramatic focus on technological advances in cyber espionage and hacking is shifting the battle lines of the 21st century and instead of fighting on the battlefield, now the countries are fighting their wars through the internet.

Cyber attacks are now becoming the additional weapon of governments for fighting each other and the affected governments are taking advantage of the gaps in the foreign networks, collecting zero-day vulnerabilities and installing network surveillance to keep an eye on their competing nations. In no other part of this cyber war is more pronounced that among China and USA and both the governments are working hard to defeat each other at the cyber warfare.

The USA and China have been at war since ages and both these super powers are trying to dominate the world in all spheres of all world politics and development. Since internet has been introduced, both the superpowers have been blaming each other for trying to infiltrate their secrets and trying to obtain their sensitive data.

According to estimations, made with case study help, sensitive security files for 22.1 million people were obtained during two big security data breaches last year that were blamed on the Chinese government by the USA government. Resources claim that this number is much bigger than what was originally disclosed, and does not only include federal employees but also the friends and family of federal employees. USA officials also disclosed that this security breach was the largest and affected cyber-security hacks in the USA government and the files carried information regarding the social security numbers as well as other job and assignment related information which is considered very important.

On the other hand, Chinese government also blames the USA government for constantly trying to hack their private information and has blamed the USA officials for certain attempts on their sovereignty and independence. This is nothing new as we have seen these two countries at loggerheads with each other since china has grown tremendously and acquired so much power, wealth and ammunition.

The history of cyber war between USA and china is very long standing and while on one hand, both countries proclaim to be working on better relations at peace, there is no such thing on the books as both have been spending better portions of their budgets in building cyber tools that they can use to look up other’s security data and records. Whether it is USA or China, both the superpowers have been trying their best to defeat other at cyber war and enjoy upper hand.