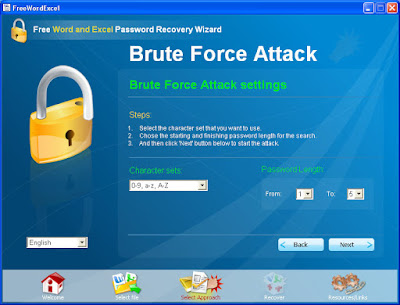 A ‘brute force’ login attack is a type of attack against any website to get access to it by guessing the username and password, over and over again. The hacker can try again and again and get the right password by guess various combinations and take over someone else’ account.

Brute force attack is the most common threat which is faced by web developers. It is known as brute force attack because it is a repeated attempt by the hackers to discover the password by trying every possible combination of letters, words, numbers and symbols until they come to the right combination which words. It is important to know that if any website requires user authentication, it is a good target for a brute-force attack. There is a high chance that a hacker discovers the password through a brute-force attack, even though it might take repeated attacks which can be as many as a hundred because it is no easy task working out someone else’s password.

It is because depending on the password's length and complexity, there could be trillions of possible combinations but the hackers are too smart, they start with dictionary words or slightly modified dictionary words because most people will use those rather than a completely random passwords. The users must know that brute force attacks put user accounts at risk and flood their site with unnecessary traffic.

It becomes very necessary for website admin to protect their dissertation writing websites from brute force attacks by putting in passwords and login ids which are not so easy for the preying eyes to understand and formulate. It is because hackers make use of tools that are easily available for them to utilize word lists and smart rule sets to intelligently and automatically guess user passwords.

One smart way to protect a website from brute force attack is to use a plugin like Brute Protect which prevents hackers from getting into a website system. With help of this plugin, the admin can limit the number of login attempts from a given IP address. It also allows the admin to manually block an IP address from logging into a website if it detects some problems. Along with it, this plugin also delays execution after a failed login attempt to slow down the brute force attack which prevents the damage to the website and helps to protect the website from being hacked.

There are also a number of other options to protect websites from brute force attacks which protect and accelerate any website online. Once the websites are a part of those protective circles, they route it though their intelligent global network and optimize delivery of the web pages so that the visitors get the fastest page load times and best performance by reducing the danger of brute force attacks. With traffic routing and optimization of the page load time, it becomes easy for the admin to keep an eye on their website login data and they can make out if there is any brute force attack being launched.