HomeUnlabelledThe impact of mobile technology in the world

The impact of mobile technology in the world 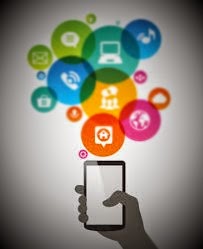 Qualcomm, one of the largest manufacturers of chip cell is located at the center of the revolution in mobile technology. The companies that are believed to have invested 1.8 trillion dollars in infrastructure, research and development in the period 2009-2013. All of this is invested by the private sector. The report says that the other 4 trillion will be invested by 2020 in order to ensure the continuity of the mobile revolution.
The report is an attempt to determine the overall impact of mobile technology. "The Boston Consulting Group" has examined the mobile technology and its benefits in the United States, Germany, South Korea, Brazil, China and India. Surveyed 7,500 consumers in six States to calculate the amount of income earned and spent that consumers of mobile technology. Mobile technology has contributed $ 1.2 trillion of gross domestic product (GDP) of each of these six states.

Consumers in developed countries consider mobile technology to more than 6,000 dollars a year. In developed economies such as China and India, the costs exceed 40% of the average income. In fact, most of the respondents would give the holidays and not your telephone. In China and Korea, a large portion of users would not accept had an Internet service at home instead of a mobile phone.
The report also shows the benefits that customers of mobile technology, which represent the value of 6.4 billion dollars. "The Boston Consulting Group" also interviewed 3,500 small businesses in six countries in question. It was found that small businesses, to adapt the advanced mobile technologies, income had increased up to two times faster.

The report clearly reveals that mobile technology is an engine that fuels growth, but still needs more innovation. They are constantly missed the policies of the countries that have prevented the creation of new standards, which would pave the way for a further splendor of this area.