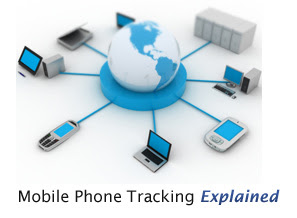 In today’s modern world, many people use smart phones to surf the web. The best way to track traffic to one’s mobile website is by Google Analytics. The main view is that the visitors on mobile devices do not react the same way as others on computer screen. Generally, the mobile traffic may not represent the new customers. The existing customers may use an extra device or replace their laptops with smart phones.
The bottom line and conversion rate may fall if the website does not suit the mobile as well as the computer. The site may suit to mobile traffic by redesign, marketing, additional construction etc. This would be the only option to maintain current performance. It can require a considerable investment. Therefore, it would be easy for planning the investments or ignore the growth of mobile.

Nowadays many people are unwilling to face the issue of rising mobile traffic. The important thing is that none of them knows about the changes happened. The below table would show the percentage of web visits made last year via mobile are:

1.      Counter Global Stats:
Generally, the figures among the industries might be different. The websites that has lower performance on mobile tend to have lower proportion of the mobile traffic. One does not estimate the usage of mobile by the people. For example when you take B2B site for architects, the visitors use the mobiles for web access. Mobile web access is new and the usage pattern is as new as seen when the web first began. There is rapid change in mobile infrastructure as the devices are evolving rapidly. The smart phones are far from being complete. It may be earlier to learn about mobile web access. If one wants to understand about the mobile usage of the site, then he should gather metrics, establish own benchmarks, watching trends, etc.
Normally the younger generations use mobile to surf the web more than compared to older people. However, 70% of the people in USA over the age of 65 used mobiles for internet access compared with 76% of youngsters.

2.      Google Analytics mobile Tracking:
Generally, there are two ways of tracking mobile visits to site with Google Analytics. One method is use the standard JavaScript tracking code. This may be already present in the site and sometimes one may prefer to use server-site code for mobiles. The JavaScript code may make calls from phone to Google, and it may not be proper on slower mobile connections. Therefore, Google created a server-side code.

One should be careful with the implementation of server-side tracking. This same script is on every page and the heaviest load is placed on the server. One should ensure that the server has been configured to anticipate. If one is building the Google Analytics Mobile SDKs, then there is one for Android and IOS but nil for Windows Phone.

Google announced upgrading the mobile tracking SDK by end of 2012. The tracking of features is relevant to mobile apps, in-app purchases, ad presentations, etc. Google is ready for additional features from existing app developers, if one has an existing Android or IOS app.

this is a great article. again a money saver. my market is folks between the ages of 25 and 70. nice to know 70% of the old guys are using mobile devices to access the net. now we need to provide a better interface from our website to the mobile network to be "seen" in a more favorable light... keep me in your updates